"XT" was formed in 1991. This hardrock band included Sonny Larsson and Björn Stigsson.
"XT" made three albums, and all of them were released world-wide. Especially in Japan
they got very good reviews and sold a lot of albums. The song "The silent cry" got the
award for best song in 1993 by the Swedish newspaper "Aftonbladet". 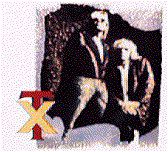 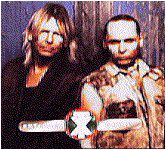